True Green Capital Management saw continuing interest in solar power from investors as it raised its second fund. Fund II, specializing in distributed commercial photovoltaic solar power, was oversubscribed at $113M, with many of the same investors from its first fund returning.

“We have long-term contracts and we have real assets, effectively enabling us to create a portfolio of unsecured debt obligation,” says managing partner Panos Ninios. “We have a number of repeat investors, particularly family offices, because we’re in a place where we can return capital back to them very quickly.” 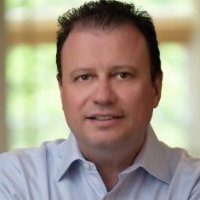 Panos Ninios says the firm’s investment strategy involves building solar plants and installing them at municipal locations, military housing, manufacturing companies, and retailers, like a shopping mall. However, its deals often look like real estate plays rather than the traditional PE approach of buying a company and exiting years later.

“What we do is identify projects where we can go build a solar power plant,” he says. “We secure the rooftop, lease agreements, easements, etc.” There are also government credits associated with solar power projects, and TGC sells them under fixed-price, long-term contracts with utilities.

While many institutional investors have soured on solar in recent years, Panos Ninios says the key point of differentiation for TGC is that it’s not interested in powering homes—instead focusing on the commercial use of solar power.

we look at distributed solar is that it’s an infrastructure investment. This is a $500B market of cap-ex in the U.S. over the next 10 years. So if you look at it against the backdrop that coal and nuclear plants are shutting down, the demand for energy is increasing. Distributed solar power is one of the few forms of power generation that you can realistically add quickly to the system.”